You might know it: 365 Days Successful, the company of founders Arjan Vergeer and David de Kock. It is now celebrating its 10-year anniversary. With 100,000 participants, 150,000 books sold and 30 sold-out seminars in AFAS, it is a very strong product brand in the market for (online) programs in the field of personal development. Why is it that so many people feel drawn to and attracted to and want to be part of the 365 Days Success movement? And what role does the striking mission to make the Netherlands the happiest country in the world possibly play in this?

Is this the secret behind the success of 365 Days Successful: ‘100% entrepreneurship based on an inspired mission’? This intrigued me so much that I decided to analyze the case for you. The outcome? The company is the business case if you want to delve into working from a human marketing strategy. Founders Arjan and David are the best in their field when it comes to authentic, sincere and transparent entrepreneurship based on humanity and their own personal mission. Read and get inspired, just like me!

The why of human marketing: not a trick, but real inspiration

A lot can go wrong with the commercialization of self-help and other personal development offerings. It can smell like opportunism. It can even provoke resistance if the brand promise is that ‘by investing in yourself (in the product or service offered) you will become successful and therefore become and remain happy’. As if success is something that can be made, a trick with which you achieve happiness and then you are done. That is also not what 365 Days Successful promises. Rather, they believe that:

According to the gentlemen, what matters is that you are willing to develop yourself and learn what you need together with others. They have developed 365 Academy for this: the online community that you can join for free. In return, you get free content that inspires and motivates you to explore what you need to live your happiest life.

In that respect, the name of the brand is somewhat unfortunate. Arjan and David are not so much concerned with showing people what they need to be successful every day. They help people discover what they need to live their precious time on Earth in a way that offers them as many moments of happiness as possible. That is a path that everyone takes for themselves, but as human beings we can inspire, help and support each other in this. That is what they do every day from an inspired mission.

What drives them in their work is their inspiration: their friend Jip. Arjan and David, very successful themselves (with a background in marketing), founded the company following the lessons their friend Jip gave them. Jip took part in the Over my Corpse program in 2012. He was terminally ill and called on his friends not to die with him: “You don’t know how much time you CMO Email Lists have! Is this what you want to do with that time? To argue? Are you stressed? Unhappy at work or in your relationship? This is not a dress rehearsal for ‘real life’ that will soon begin. This is it.” 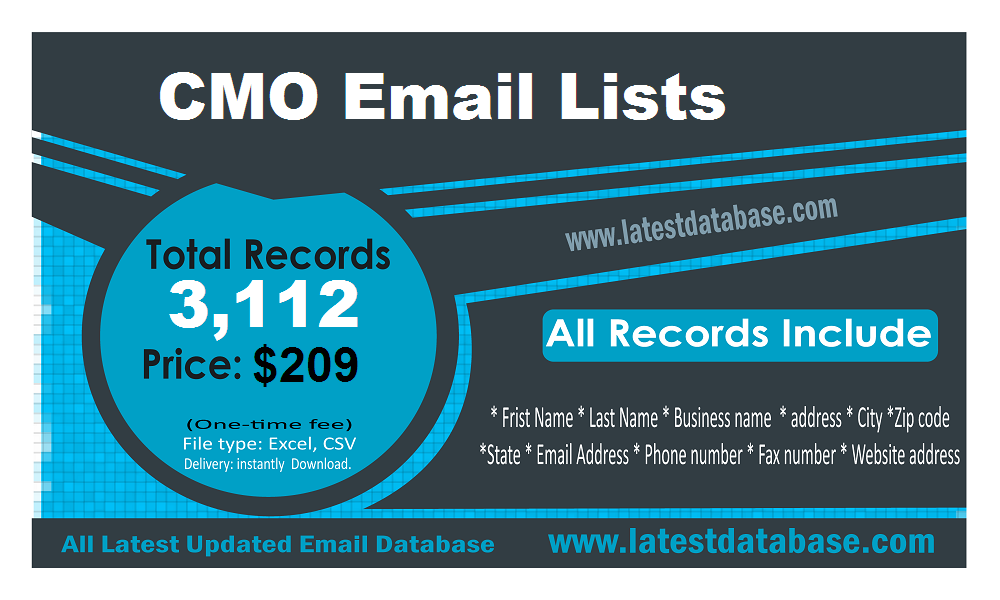 Jip called on them to do something with what he had learned: everyone dies, but not everyone really lives. You’re dead most of the time, so in those few years you’re alive, please do something that makes you blissfully happy.

Arjan and David realized that they were not happy with their work, even though they were still so successful. From that moment on they let go of everything and started working on their mission to make the Netherlands the happiest country in the world. They started with a book, an online community and events. They focused on four clear pillars in which they wanted to become a happiness expert